The October Long Weekend holiday – three days of music on shuffle, with me just going where it leads.

The shuffle on the iPod randomly selects the next piece to play.

My focus randomly switches to another task. Not in sync; it’s not a dance; it’s an allegory of sorts. 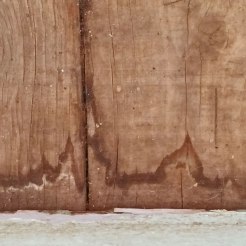 There is a little structure to a Shuffle Day in the form of a list of things to achieve but the music plays its part. Sometimes the list gets left behind and other stuff gets done instead.

Today’s set started with “My Joy is Born” from Missa Solis: Requiem for Eli. I will not take it as omen, but relish in the epic chorale as a fitting start. That was followed by “Sunrise” from Wellbeing. It seems to be going well so far.

It can feel like a dance, this apparently random shift of focus … the need to put some drops in my eyes sees me in the bedroom next to the waste basket. Drops in eyes. Pick up waste basket. Off to kitchen to empty it and then back to the bedroom. Pick up magazine. Off to my reading chair on the back verandah (to put it away, not read it). Pick up and fold last weekend’s newspaper ready for wrapping around organics for the bin. Off to kitchen to put it away. Kept a couple of bundles in hand, knelt down and picked up the broken glass from the corner (sadly, it’s been there a week but there’s no one else about so it didn’t really matter and it’s gone now, neatly wrapped and in the non-recyclable bin).

Great exercise. If I were counting steps, I’d be laughing.

And then there’s the long way round while working up to an action. Unpacking the shopping, light bulb in hand, about to replace the broken one in the laundry, need the step ladder, sort and sweep where the fold ups live – fold up chairs, fold up clothers airers, fold up table, fold up step ladder – which is right next to the empty water bottles. Remembered the Facebook post about getting ready for storms, so filled 3×10 litre bottles and find homes for them in cool cupboards, one of which is in the laundry.

I’d been saving the water bottles to make self-watering garden beds. I didn’t suddenly start that project. It’s too big. There are some rules for Shuffle Day.

Shuffle Days are great for cultivating that spontaneous creative spirit. An opportunity to shift the brain out of that intensely rational and ordered sequence of neurotic (ha ha) … neural firings that sustain our busy lives.

The washing machine beeps and I unfold the clothes airer after sweeping and dusting where it will stand. Decide it’s time to do something about the gap under the door. Rummage around and find some fabric for a draught stopper. Turn on the iron in the bedroom … and so it goes.

I will eventually replace the light bulb.

The iPod throws up a John Williamson song that was tucked away on a rarely played album. Shuffle Days can throw into the spotlight something that had been niggling, tucked away in a rarely accessed niche in the subconscious.

Draught stopper now stopping draughts, and hopefully the dirt that was wafting in upon them.

Have you ever danced to the “Battle of Brothers” from the soundtrack for Vikings Series 2? Radical.