There are over 200 of them and they beckon. They are the secondary roads around the shire.

Is it one of those (almost?) universal desires – to turn the car or bike into the unknown road and find out what’s down there, to indulge one’s curiosity? 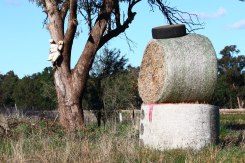 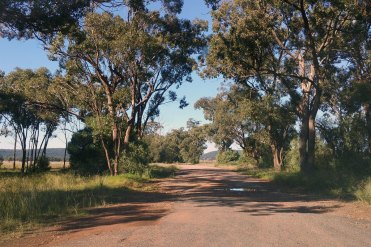 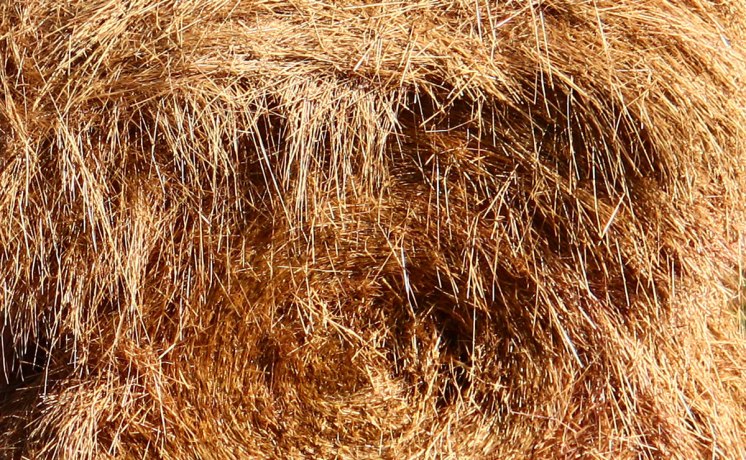 In this case, Monumea Gap Road was not completely unknown. My parents, and later myself and my siblings, all lived in this area before moving into town.

It seemed a safe start for a new photographic project.

Monumea Gap Road used to be our “let’s-do-something-different-today” road when visiting my Mum’s family. It wasn’t the direct route, and it wasn’t the better road; it was the alternative, when a little variety was called for.

It also generated a long-held memory.

We were travelling west through flat farming land towards the line of hills.  “There’s the Gap,” we young ones were told as we jostled to see around the taller bodies in the front seat. No seat belts in those days, so we got a good look at where we were headed.

Time is an odd thing to a child. It seemed both an eternity and no time at all before we were in the Gap, with the rocky outcrops and tall trees looming high over the car. It was a little scary, a little exciting, and a little bewildering to this little child.

Many years later, talking to a friend about horizons, I started to think differently about that drive through the Gap. My friend loved the ocean with its distant horizon. I remembered this achieved horizon, remembered when I was suddenly in the horizon, inside that very small point so distant and intriguing, that very small point now seemed so encompassing and overwhelming. And I wondered if our childhood relationship with the horizon influences who we become …

How do you photograph a road?

Mum and I only drove a section of SR70 this day, between the Bedgerabong and Ben Hall roads.

Got the big camera out, and drove on.

A road includes all that surrounds it, as well as the experience of driving on it. Capturing the uniqueness of each of these roads in a series of photos could be a mammoth task. Finding out if it is possible will be part of the journey.

First lesson learned – use the DLSR.

Inevitably, each road will produce a selection of pastoral images. This is, above all, a shire of farms. The challenge may be to avoid repeating the same scene over and over.

And then, just as I started to worry that this may be a monotonously repetitive project of repetitive monotony …

Leaving aside the oddly stacked hay with a tyre on top, it’s the bear nailed to the tree that is so completely out of kilter with its surrounds; no explanation, no brass plaque signifying it as sculpture, and the apparent crucifixion pose even more puzzling next to a hay ‘snowman’.

Was it a toy bear? I’d seen that previously on the road from Canberra to the coast – a sculptural project of small toy teddy bears in trees along the road, as if they were travelling to met Pooh at Pooh’s Corner, a small cave on a hairpin curve in the mountains.

Was it carved? Perhaps there was a burl on the side of the tree that reminded someone of a bear, and they painted it white, added some gloves and eyes? It’s apparent realness could be just a trick of the light.

On closer examination, I decided I really didn’t want to get up there to find out.

Oh, his eyes; looking mournfully across at his compatriot on the other side of Ben Hall Road. Or is he scowling? Perhaps they are sentinels, intended to instill dread into those who venture past?

Poor things. Whatever their role, they look like they are over it.

Second lesson learned – there will be unexpected moments, for better … or worse.