For a few years now, Mum and I have gone somewhere on Boxing Day.  It was Mum’s idea and I’ve happily turned it into a tradition.  “Where are we going this year?” is a question often asked in the lead up to Christmas.  We invite others, but as yet no takers.

This year, we decided to follow a sign we had seen a few months ago – Koorowatha Falls 4km. I deliberately avoided any pre-drive research. The Boxing Day Drive is not planned in any detail. The idea is just to see what happens, see what’s there.

We took Mum’s big car rather than my little beep beep, in case it was a dirt road.

After my post-drive research, I can now tell you that Koorawatha was the site of a gun fight between Ben Hall’s bushranger gang and the police, who happened upon them while the gang was holding up patrons at the Bang Bang Hotel.

I can also tell you that taking Mum’s car was the right decision. “The Koorawatha Falls are located about 7km from the highway, accessible with extreme care along a extremely uneven dirt track and by 4 wheel drive vehicles only” said one website in bold print. Although, we did see quite a few ordinary cars on the day.

… but not all were readable.

These two below had me confused. I asked Mum if she knew what they meant. She said they are the “Go Like Buggery” signs. Not a word I expected to hear my Mum say! Once upon a time, there were no speed limits outside town. So, in this case, the term is drawing upon it’s alternative definition of an “extreme condition”. Not that anyone could drive fast on these dirt roads.

Things were looking positive at the next sign. It looked crisp and new. 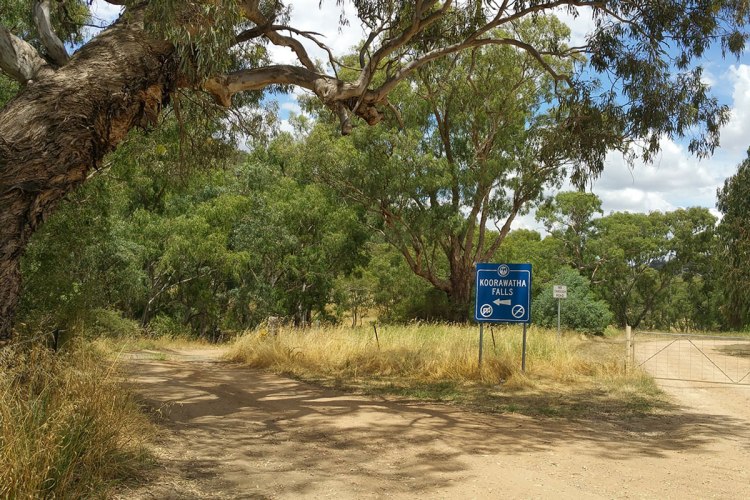 Unfortunately, it was obvious just around the corner that it would be more adventurous than the crisp sign indicated. 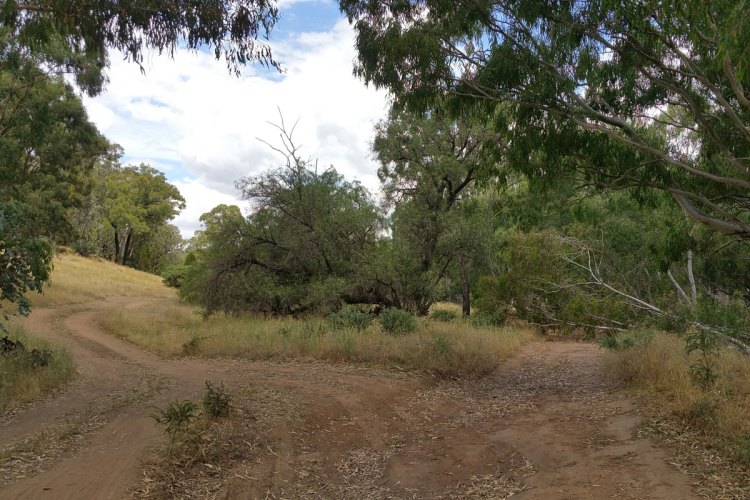 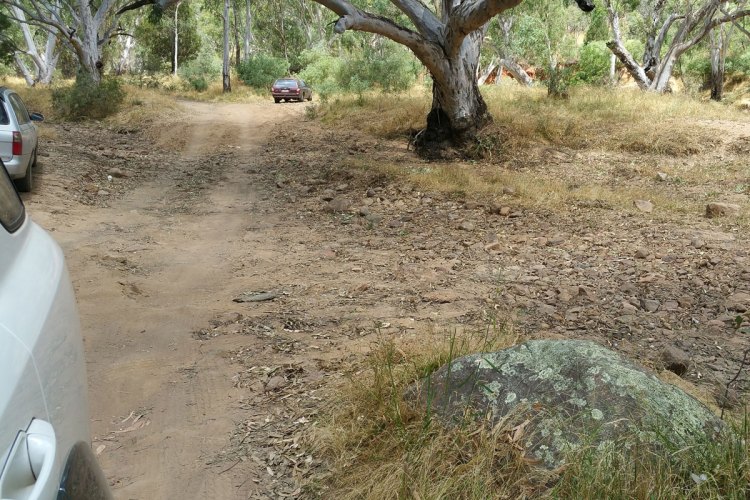 That is where we gave up and turned around. There were a few cars parked around the place – ordinary cars. The other side of the creek bed was looking very sandy. We decided this was far enough. At least we knew we could turn around here, and it was too hot to bother walking up the track to see if there were other options further along.

On the way back, we stopped so that I could get a photo of what little water there was … 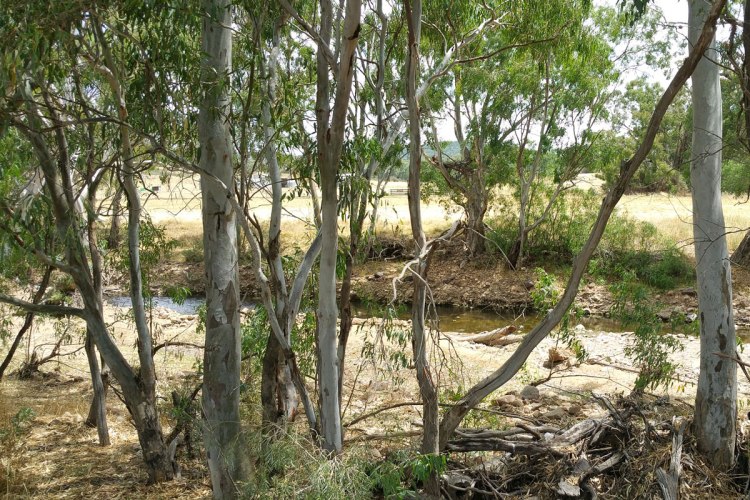 Let’s have lunch back in Cowra by the river, I suggested.

Put Mum in the driving seat and you never know where you’ll end up. Before leaving Koorawatha, we headed up and down a few of the local streets. So many images beckoned, but it felt too intrusive to snap away at them. I left with only a couple of contrasting walls.

It’s three o’clock and still no lunch. We finally settle down on some very green grass in some very dense shade by the river at Cowra.

It seems to have been a day of comparisons and contrasts.