It’s easy to solve a problem by moving the goal posts. It’s harder if there’s a rule you have to stick to.

When I started the Road’s Edge series, the rules were simple but strict. Stand on one side of the road. Point the camera directly across, ensuring that the opposite edge of the road sits along one edge of the frame. The aim was to create an image where the road played it’s part in the meaning. To that signature image I could add others to expand the story.

But then I found places where a different camera position was required and, consequently, the rules expanded in order to fulfill the aim of the series. Sometimes, the meaning is stronger if the rule is abandoned.

On Corin Road that day, I could have walked further, or even drove back and forth, to find a spot where I could get the right proportion of orange to green. This angle shot wasn’t too bad but it didn’t grab the overwhelming sense of it, the immersive experience of it, the abrubt contrast that confronted you when driving through the area.

Maybe on this occasion the meaning IS better expressed in a different viewpoint. 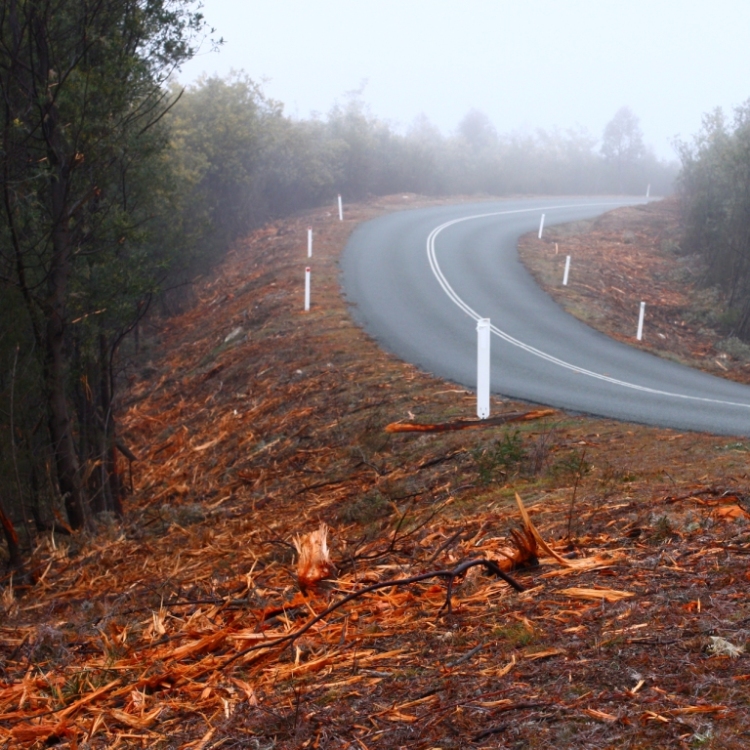 The clearing of this vegetation has at least two benefits, as far as I can tell. First, the road now serves as a fire break for a larger range of fire types. A very important point in this area.  Second, we can see the wallabies in plenty of time to avoid hitting them. I can attest to that second point.