The red crane has left the road.  I think it has crossed the river since I was here last.

Another trip home, and another drive through the changing landscape that is Holman Bridge, Gooloogong.  With the new bridge so close to the old wooden structure and large pieces of concrete piling up, I guess public safety must be more important than usual.  There was nowhere nearby to stop.

This creates an extra challenge for a photographer who is, herself, safety minded and not generally a rule breaker. Plus today there were workmen about. I don’t recommended any activity that would distract someone working in such an environment.

But there has been progress since I was here in December, and I wanted to document it … somehow.

The picturesque declines a little with each visit.

But there was something missing today.  Where was the detail and intimacy usually associated with getting in close to the subject?

I’ve occasionally experimented with still shots extracted from video footage, and I hoped this might solve the problem.

With the video camera set up so that I can keep both hands on the wheel and eyes on the road, I headed across the bridge a little below the limit of 10k per hour.

The edited stills contain an impression of that movement, which I appreciate, but it is the way the wooden railings of the old bridge merge and blend with the steel and concrete of the new that I particularly like in these extracted and edited video frames. 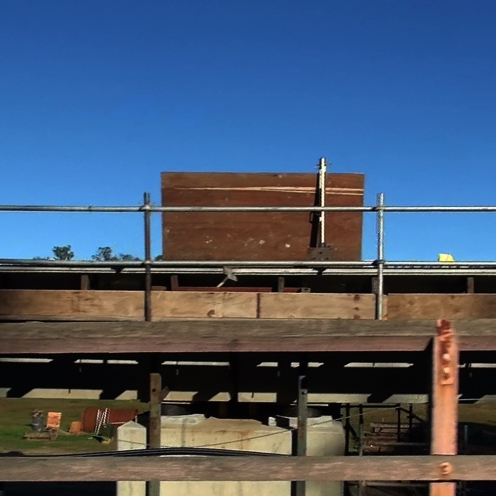 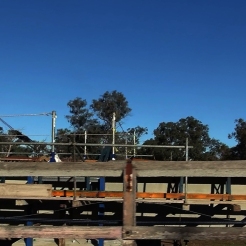 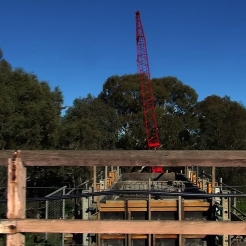 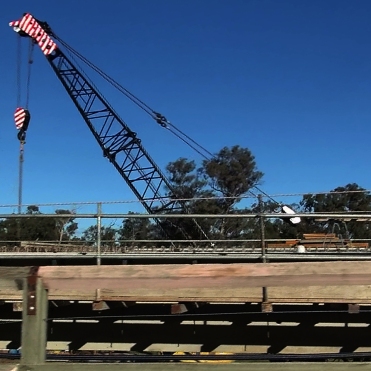 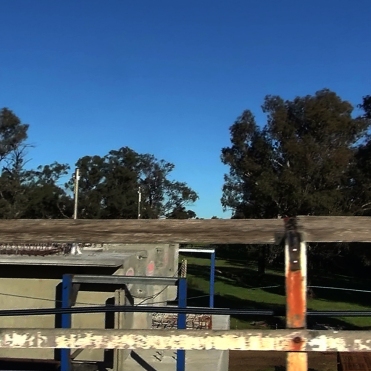