Itinerary:  Maldon to Benalla, via Bendigo and Echuca.

Distance travelled:  271.7km.  It doesn’t sound much, but it was exhausting.

Weather:  Some lovely white clouds with lots of blue sky, but the Bureau of Meteorology website suggested late rain today around Benalla.  As a result, we’re locked up in a cabin.  Of the planned four days of camping, broken up by two nights of posh Melbourne accommodation, we’ve only spent all of one night in the tent.

Today started in the tent last night because sleep was rare.  It was so very cold.  We expected that but, in spite of our efforts, we didn’t take enough warm gear.  When the lady in the caravan next door saw us packing up the next morning, she asked why did we bother.  It seemed to her a lot of work when cabins are so cheap.  Mum’s explanation:  “My daughter’s in training”.  Mum was referring to my eventual trip across southern Australia to the west coast.

Sleeplessness aside, we were up around 6am, eating a yummy breakfast and gradually packing up.  We decided to visit some of the points of interest around Maldon but, as time was getting away, we managed to see the lookout tower and some old gold mining machinery.  We also discovered that Maldon makes great fudge. 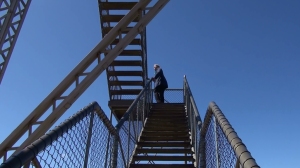 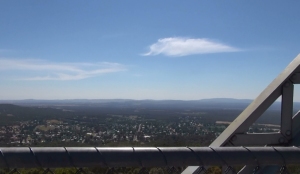 I kept this next photo a bit pale because it gives the machine a ghostly appearance.  Mum read in the brochure that it arrived in the area during the 1950s, so its not as old as first thought. 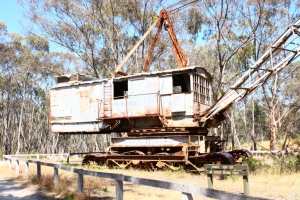 This one sits alongside and freaked me out, possibly because it is sitting in murky water. 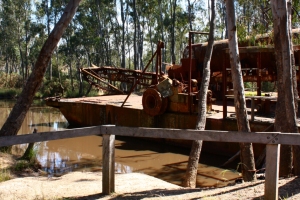 Bendigo was the next stop.  Mum was on the ball and consistently found the shady parking spots.  She also found this great wool sculpture. 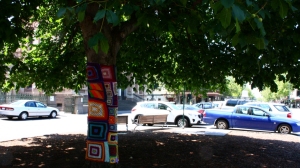 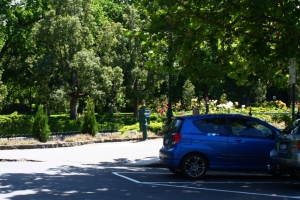 There is a lovely park behind the Information Centre, where I stumbled upon this piece of metalwork trying to masquerade as one of the garden plants. 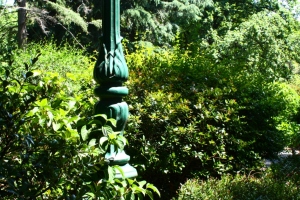 Here we also checked out Bendigo Pottery.  There are a number of little arty shops, plus the pottery itself and its interpretative centre (that’s the trendy word being used these days for “museum”).  Thankfully, I was allowed to take photos.  I had a ball.  There are some great contrasts between the current workshops and the old kilns. 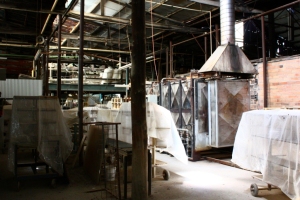 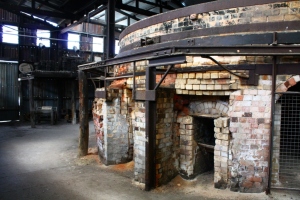 Next stop … Echuca. It’s been a place on my “must see” list for years, but I was disappointed. Granted, there was only time for a quick stop. I’m afraid it suffered in comparison with Beechworth and Maldon. Echuca has theme-parked its history across a couple of blocks alongside the river, whereas Maldon uses it’s history to attract visitors by giving them an opportunity to explore that begins on arrival. This afternoon, driving into Echuca from the south, I struggled to find the paddle steamers. 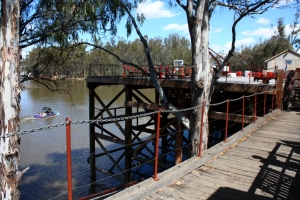 To end tonight’s post, the straight road was a feature of driving around this part of Victoria. 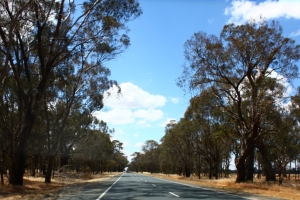 And as this is the last day of our trip (I drop Mum off at her sister’s at Tumut tomorrow), I was given permission to pop in a couple of shots of “Mum In Her Element”. 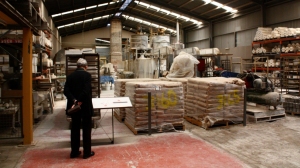 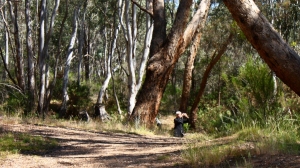