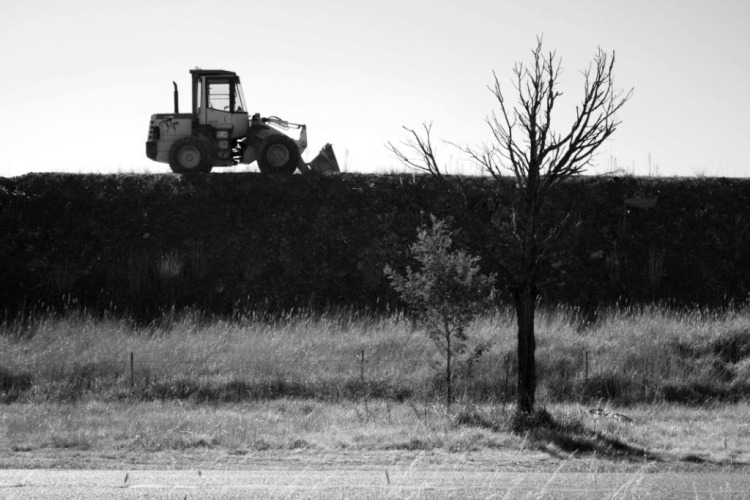 When I started my Road’s Edge series, I tried to include an unwritten focal length rule that limited the shots to 50mm.  This was, in part, necessary to keep the road’s edge running neatly along the bottom edge of the frame.  But it also tapped into this idea that the resulting image was somehow more “true”; that the 50-55mm focal length captured the image without the distortion of the wider or telephoto shots.  The 50-55mm was a purer photographic process.

In practice, I found this a difficult rule to stick to.  Out in the open, the eye wants to grab all it can see.  The cut-down image often disappoints.  Using a fixed 50 might make life easier; eliminating the temptation to adjust to a wider shot and forcing a more critical view of the scene.

It might also help to make my images sharper?

The Road’s Edge Series – it’s still early days and I’m learning a lot on those rare occasions I get out on the road.

Bought the lens.  For posts featuring images recently captured with my new fixed 50, check out the following: