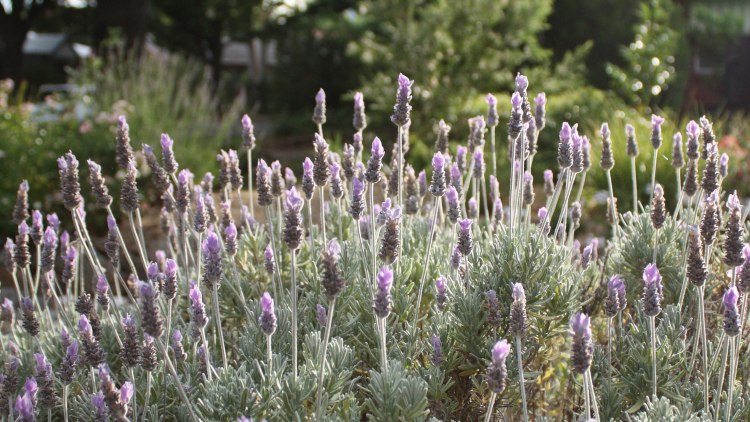 June is the time for a six-monthly review of the New Year Resolution affectionately referred to as the Year of Sweat.

What is the Year of Sweat?

Well, it’s not piles of cotton t-shirts and track pants smelling up the laundry basket.  There hasn’t been much sweat in this supposedly Sweat’y year, even though we start January in ridiculous heat in Australia.

The “Year Of” format looks at unlocking possibilities in a particular area of life.  The idea is to pick a simple word or phrase that holds within it a vast garden of ideas to cultivate during the 12 months.

The Year of Sweat builds upon last year’s successful Year of Efficient Eating.  Having improved the quality of my diet, it was time to get stuck into some physical activity.

I tackled Efficient Eating by breaking it into food types or groups.  Once I was happy with the progress of one, I’d move onto another.  Improvement was gradual and sustained, rather than dramatic and short-lived.

Based on this successful formula, Sweat was also broken into categories.  I cutely called them my Sweat Cards.  I made the mistake of telling my hairdresser and now she keeps asking about them.  It doesn’t seem so cute anymore.  Nevertheless, it was a useful strategy for thinking about types of physical activity.  I categorised them by suit: Spades for the routine stuff we have to do; Clubs for the organisations we join; Diamonds to represent anything associated with circuit work; and Hearts to tap into those things we loved but don’t do anymore.

The Year started as “every day” but by the end of February was down to “every second day”.  This was a deliberate change, not a defeat.  A research study suggested that we burn more calories working out only four days a week compared with six.  So, I give myself a regular day off.  It means I get excited each morning but for different reasons.  Yesterday, it was “Exercise Day!! Yeah!! (short burst of clapping)” and today it’s “No-Exercise Day!! Yeah!! (short burst of clapping)”.  It looks corny when written like that, but it’s working.

Nine flights of stairs is a great effort, given my old knees.  I cheat a bit by first taking the lift to my floor and then ducking out into the stairwell.  Deep breath, down one flight, up one, down one, up one and so on until I feel the burn in my calf muscles.  I did manage once, last week, to start at the ground floor and walk up, carrying my coat and my bag.  I’m sticking to cheating a bit. 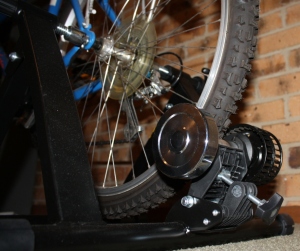 Buying the indoor stand for my bicycle turned out to be diamond.  The high-intensity interval training involves three bursts of 60 seconds on the bike, interspersed with some activity in the kitchen (Not eating!).  I get some beneficial exercise yet still feel I’m getting work done.  The bike really targets the upper leg muscles which are now leaner and stronger.  The high-intensity training is supposed to create other health benefits, and I’m taking that on faith.

Buying the skipping rope turned out to be diamond.  I wasn’t sure at first, but my sister and I are getting a little competitive over the number of jumps we manage before giving up.  She is beating me at 70 (that’s jumps, not her age).  I’ve discovered that the trick is to focus on the fence and remember to breathe.

Walking along the bush trails and bike tracks here in Canberra has been a delight for years.  I did miss it last year when I went all stationary.  So, I’m glad to be out in brand new hiking boots.  Thanks to the time on the bike, my stride is longer and stronger.  This makes walking easier and more enjoyable. 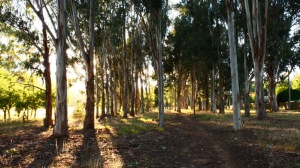 Have you seen the Julia Bradbury’s walking tours on TV?  Her arms swing across the body a little.  I tried it, and like the way I can engage the torso’s core muscles while walking.  Have to be careful not to upset the knees though, which just makes me concentrate harder on isolating the core muscles.  Interesting!

Housework is easier now that I’ve developed a bit of strength.  Housework is still boring.  When will I clean the mags on the car?

Tennis lessons were an excellent idea.  There’s nothing like learning how to do something properly to boost your confidence.  Shame that I haven’t been able to turn it into a regular gig.

What have I got to say for myself?

I can’t complain.  Actually, I’m very happy with my progress.  Gradual change has a better chance of becoming sustained change.

Grouping types of activities under different headings helps me work out why some things are successful and others not so.  For example, shouldn’t the Hearts group of activities be the most successful?  Wouldn’t I be eager to recapture past delights, particular if it’s for a guilt-free reason?  But there are lots of other things I’m doing now that I also love, competing for my attention and time.  However, it’s not surprising that tennis has had a slow start because it involves joining a club.  That was always going to be a difficult step.

And housework is still boring.

I recently wrote about the absence of endurance from my new-found active state.  That is something I’ll work on during the next six months.

There are questions to be answered.  How to maintain momentum in winter?  How to stop exercise making me depressed?  Will these yellow eyelids ever go away?

On the plus side, the year started out with some strength building.  Feeling strong is a great motivator for action.

There’s been some progress on preventing exercise making me depressed.  Click here for update.