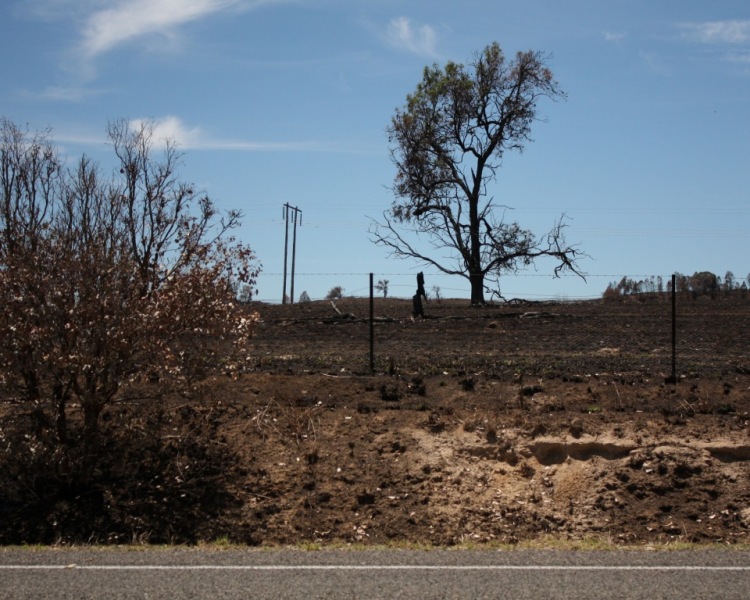 It would have been wonderful if the last images on my camera for 2012 were celebratory.  Instead, coming up to the 10-year anniversary of the Canberra firestorm, I was reminded how important it is to always, always, take care.

This is the first time the Road’s Edge series raised the heart rate and created a feeling of unease.  Driving home for the Christmas holiday, I saw blackened paddocks appear over the rise.  It is a regular sight on Australian roads in summer.  I drove on and noted where the burning probably started, possibly by a careless match or cigarette tossed through a car window.  Nothing was particularly alarming at this point.  The burnt areas were patchy, leaving some grass and green trees untouched.

Further along, however, the intensity of the fire was evident.  Both sides of the road, all the trees along the fence line and hundreds of metres back into the fields were black.  Even the rocks.  White ash had not yet blown away and some of the leaves were bleached by the heat; it created a stark colour contrast in places.  You could see at the far end the almost straight lines where the hand of man halted the spread.

I did not stop.  Growing up on a farm, we were taught to treat these situations with the greatest of respect.

On the way back, a few days later, it was clear that time had altered the landscape.  The colour of was not as intense, the rain had washed away the ash and even, in places, encouraged some green to grow.  But this regeneration was deceptive and certainly no compensation for the large trees that had since been removed.  They were too unsafe so close to the road.  This time, I did stop. 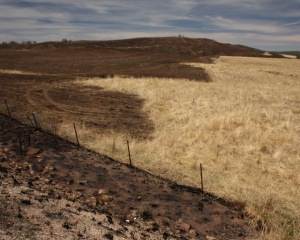 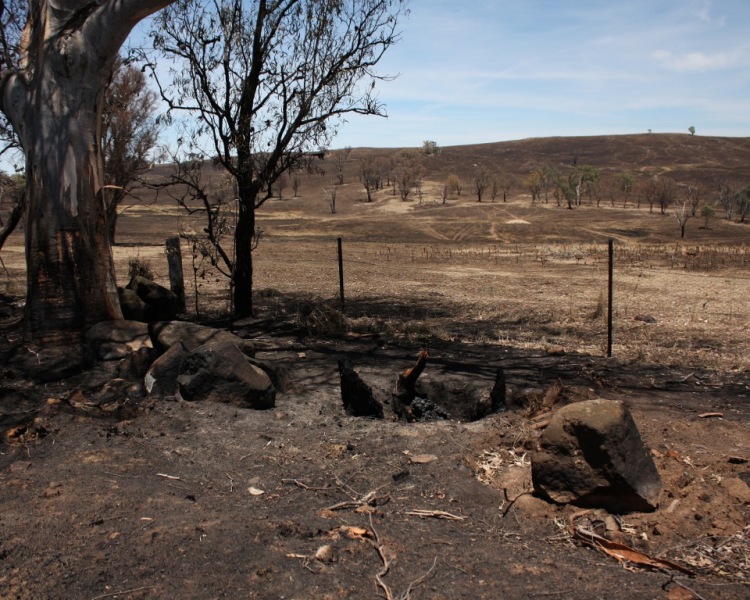